The Big Story
The next financial crisis

10 When the world almost ended
Ten years after the greatest economic crisis since the Great
Depression, Yohann Koshy takes stock of what went wrong
and where we are now.
14 The carbon bubble
An impending catastrophe linking the stock market to
climate change.
15 The next financial crisis
Leading economists on the many fragilities that exist in
today’s financial order. Which of these might trigger the
next crisis?
21 China: a post-neoliberal order?
For Martin Jacques, 2008 represented the end of the
Western-dominated financial system and the beginning of
a Chinese century.
24 Home sweet home
The foreclosure crisis in the US is still a reality for many.
Jack Crosbie reports on the human cost of finance.

32 Inside the post-truth laboratory
Lorraine Mallinder reports from Hungary where media-savvy
young people are producing propaganda for Viktor Orban.
34 The interveners In India,
Sophie Cousins spends time with women activists who are slowly shifting the stigma
around mental health and getting patients the help they need, but it’s no easy feat.

28 Film reviews
A pick of documentaries from the Toronto’s Hot Docs festival.
30 Book reviews
The Water Thief by Claire Hajaj; The Old Slave and the
Mastiff by Patrick Chamoiseau; The Neighborhood by
Mario Vargas Llosa.
31 Music reviews
Bush Lady by Alanis Obomsawin; Under Frustration, Vol 1
by Arabstazy.

4 Letters
5 Letter from Maraba
Dan Baron Cohen returns from a visit to the Kayapo territory,
his arms and face painted in celebration of Day of the Indian.
26 Country Profile: Botswana
36 Making Waves
Claire Nouvian speaks to Veronique Mistiaen about why
she has dedicated her life to protecting the ocean from overfishing
and other human threats.
39 Puzzle page
PLUS: Marc Roberts’ Only Planet cartoon.
38 And Finally
Blind musical duo Amadou & Mariam speak to Graeme
Green about the ‘refugee crisis’ and
why extremists will never stop the music in Mali. 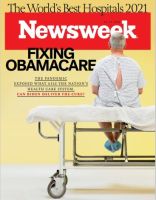 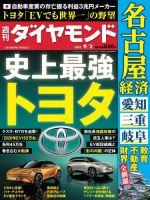